Composition is that part of the picture that almost tells the story. It creates balance and meaning and some would say it is the gap between a good picture and a great one. However, it is often over complicated when a few simple rules can make all the difference. 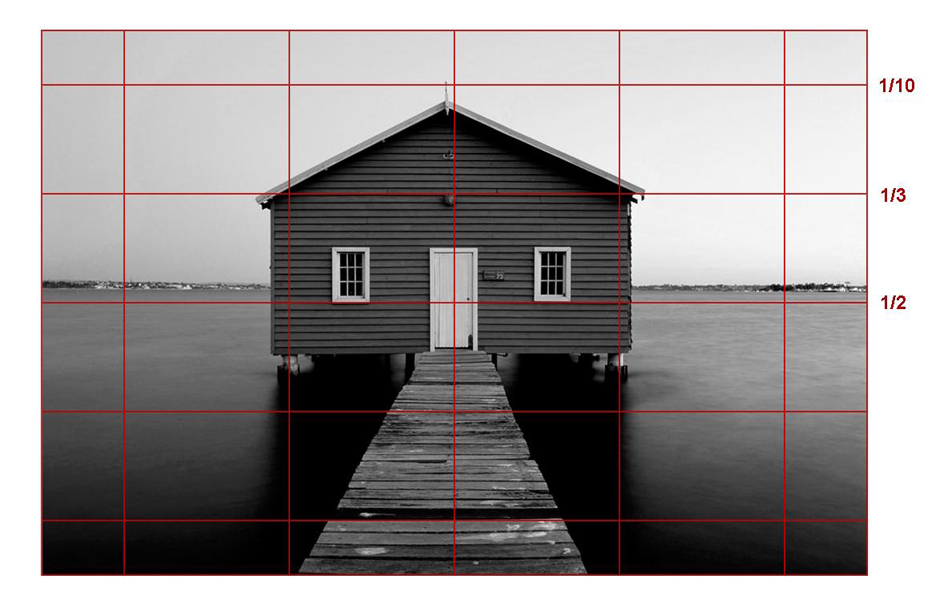 The rule of thirds is the most common way to compose an image. When in doubt, try this!

Symmetry, often overlooked for its simplicity can also be just as effective. Choose either the background or the foreground to line up and let the rest be. This can be very effective with slow speed and architectural shots. The boat shed on the home page of this site is a good example of this.

There is also a less used rule of tenths. It’s not exactly a hard line rule but can be great for getting than minimalistic/artistic shot.

Lastly, the topic of straight lines. Keep them straight! Well not all of them (perspective tends to have its way) but you should try to keep something in the picture straight as a reference point. Often the horizon, tree or edge of a building will do just fine. I’d suggest the above rules as a guide of where to put them. The best way to help you do this, if your camera lets you, is to use a grid. Digital cameras will simply overlay one on the preview image. Film cameras on the other hand need to have interchangeable focus screens.

At the end of the day when the shutter is pressed an image is as good or as bad as you think it is. Some great pictures don’t make people smile simply because they can’t connect with them. Where as a blurry snap of a special moment can mean the world to those who were there. Remember this because sometimes it’s simply about being in that moment, even if you don’t have a camera with you!